About the Olympic Airshow

Beginning in 1998, the museum hosted it’s first aviation event titled, The Gathering of the Warbirds. Classified as a “fly in,” this initial event did not feature aerobatic performances, but rather casual warbird flying (low passes, some formation, etc.) without closed air space.

In 2001, the museum applied for and received permission by the Federal Aviation Authority to create and oversee closed airspace to allow for aerobatic flying at the annual event. An event name change also occurred that year, to the Olympic Air Show.

Through every subsequent year, the time allotted for aerobatics performances in closed air space has increase, to what is now four hours. It is within that time frame that we now feature over 18 aerobatic performances by many renowned air show performers in a variety of noted historical aircraft.

The 2022 Olympic Air Show will be the 22nd anniversary of this event. This anniversary signifies a loyal community by the museum Board of Directors, staff, members, volunteers and the public who continue the museum’s objective of keeping aviation heritage and related technological histories alive. 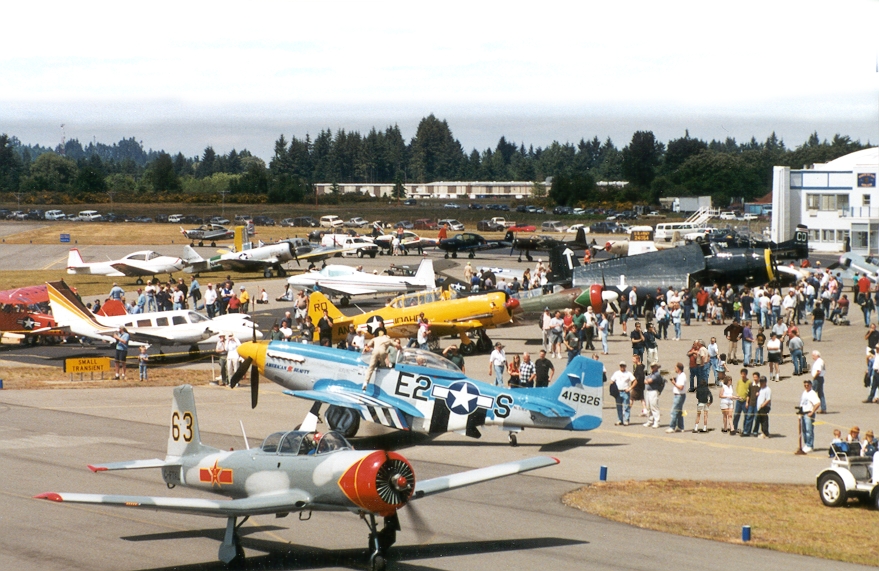